“It’s a stimulating ride, and an often witty one.” — Brandon Judell, PlanetOut

“Brilliant! A stranger-than-fiction tale of fascinating lives in a troubled time.” — Loren King, The Boston Globe

“An imaginative, insightful exploration of the lives and times of two of Thomas Mann’s children… The voicing by the Redgraves is an inspired stroke, underscoring the Manns’ rivalry and intimacy.” — Gareth Evans, TIME OUT London

“An especially interesting documentary… that illustrates the human fates as well as the dictates of history.”— Jukka Kajava, Helsinki (Finland) Sanomat 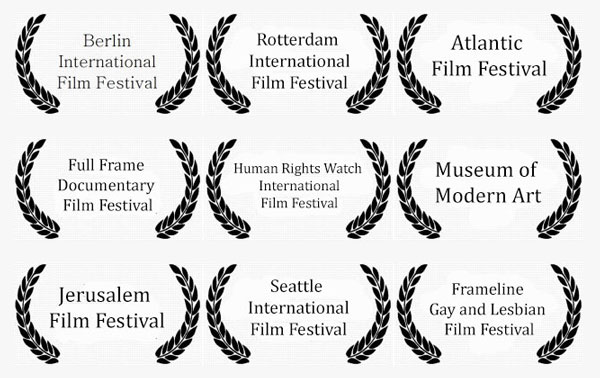 Narrated by Corin Redgrave and Vanessa Redgrave as the voices of Klaus Mann and Erika Mann.

The Manns claimed to be identical twins, despite being born more than a year apart and different genders. Living under the shadow of Hitler’s rise, Erika and Klaus were intellectuals, homosexuals, and pacifists who lived as exiles in their country. Erika was an actress whose satirical revues were censored throughout Europe. Klaus was a self-doubting writer whose banned novel, Mephisto, didn’t become a bestseller until long after his suicide.

Filled with contradictions and inspiration, their fascinating lives stand as a testament to the power of the individual and art against the forces of history and the worst of humanity. The filmmaking team of Weiss and Speck weave together a seamless blend of dramatic scenes, compelling interviews (including Mann’s youngest daughter), and amazing archival footage.