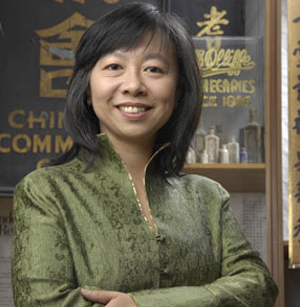 Amy Chin is a consultant in arts management, cultural programming, community planning and economic development. In a multi-faceted career spanning over 30 years, Amy has held leading roles as both artist and administrator.

From 2003-2013, she served on the Mayor's Cultural Affairs Advisory Commission for the City of New York. In 2005, she established the Chinatown Partnership Local Development Corporation. Under her guidance, the Partnership pioneered initiatives integrating arts and culture into community economic development, including an award-winning marketing and tourism campaign. Prior to this, as Executive Director for the New York Chinese Cultural Center, Amy produced public performances, managed a community-based school of the arts serving a multi-cultural and multi-generational student body, and built a nationwide touring program. She has also been a grantmaker – helping to direct funding for cultural activities as an Arts Program Specialist with the New York City Department of Cultural Affairs. As both a performer and educator, she created arts program for thousands of communities ranging from rural Amish towns in Indiana to at-risk youth in Camden, New Jersey.

Most recently, Amy consulted on the New York Historical Society's path-breaking exhibition "Chinese American Exclusion/Inclusion" chronicling the immigration history of Chinese in America. In it, her family story is re-told in the form of an over-sized graphic novel. It is now part of the permanent core exhibition at the Chinese Historical Society of America in San Francisco.

Amy has been honored with a citation by the Manhattan Borough President for her contributions to the cultural life of New York. She is a graduate of Barnard College, Columbia University and speaks Cantonese, Toishanese, and Mandarin Chinese. 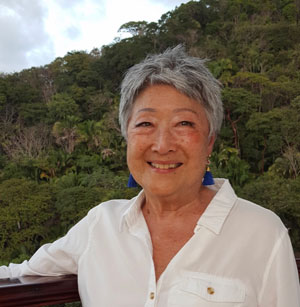 Aiyoung Choi is all about creating community through friendship, learning, and activism. She is dedicated to ending violence against women and working for a more just and peaceful world.

Born in Korea during World War II, she spent her early years in Shanghai, Taiwan, and Japan, and came to the U.S. for college in Illinois, majoring in Art. She subsequently came to New York City and has made it her home. Originally a painter and sculptor, her interests grew to include entrepreneurship, teaching, publishing, public relations, and human resource management. With a varied professional background built over years of experience, she worked as a consultant to nonprofit organizations after retiring early. And, following her many passions, she has served on a number of boards including the Coalition for Korean American Voters, Korean American Family Service Center, Asian Americans for Equality, New York Women’s Foundation, Jezebel Film Productions, Asian Women Giving Circle, Manhattan Country School, and Union Theological Seminary.

In 2015 Aiyoung walked across the demilitarized zone from North Korea to South Korea with a group of 30 international women peace activists calling for an end to the Korean War, and currently serves as Chair of Women Cross DMZ, a global movement working for peace and reconciliation on the Korean Peninsula. Aiyoung has received numerous awards for her vision, leadership, and service. A woman of boundless optimism and energy, she is a mentor to many, both young and old. She enjoys sharing her life with others and working together for a world that is kind, inclusive, and harmonious.

Aiyoung has two sons and six grandchildren, lives with her husband Gene, and frequently goes around the world to visit friends and family. She speaks Spanish, Korean and some Japanese, and loves to cook, travel, and dance. 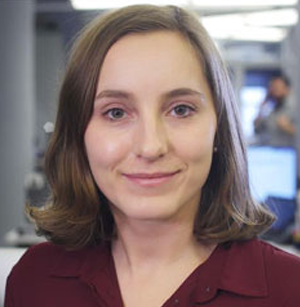 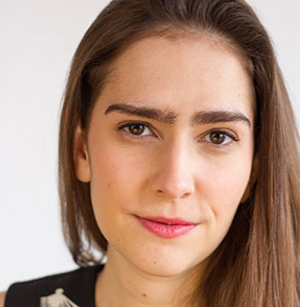 Isabella Jane Schiller is an actor, event producer, and general manager. Favorite projects include Arrangement (Official Selections, NY & Cincinnati Indian Film Festivals), Light-Filled Things (Dixon Place), and Cheer Up, Charlie! (L2G & Soul Series Productions), She leads Development for the New York theater production company and advocacy organization Parity Productions, and is a Core Member of Skeleton Rep, a New York-based company focused on exploring modern myth. Prior to working in the arts she worked as a field director in grassroots political campaigning. She graduated magna cum laude from The University of Michigan with a B.A in Political Science and Women’s Studies. 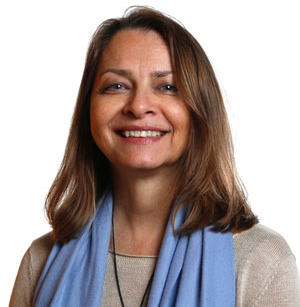 Nancy R. Tag is Professor of Media and Communication Arts at the City College of New York, where she founded and directs the Master of Professional Studies in Branding + Integrated Communications (BIC). As a creative director and writer, she’s travelled from Toronto to Tokyo working on projects for the Globe and Mail, Foster’s Ale, and Yamagataya Nori. Her agency experience includes senior positions at NWAyer, AC&R, and Dentsu, where she was SVP Creative Director and Member of its New York Board. Among her numerous industry awards, Nancy has two TV commercials in the permanent collection of advertising at the Museum of Modern Art in NYC. She’s helped position such global brands as Seiko, NARS, Cle de Peau BEAUTE, Shiseido, Cartier, Procter & Gamble, Aruba, Memorial Sloan Kettering, Waldorf=Astoria, and Canon. Her very first TV commercial, “A Folger’s Christmas Homecoming,” ran every holiday season for nearly 20 years.

In 2018, Nancy received CCNY’s President’s Award for Outstanding Faculty Service. Prior to coming to CCNY, Nancy taught advertising at Parsons School of Design and the Baker School of Business and Technology at FIT. A regular jurist for The One Club for Creative Excellence, Nancy has also been a judge for the Advertising Research Foundation (ARF), the ADDY Awards, and the Zahn Center for Social Innovation. She currently sits on the Young Ones Advisory Board for The One Club. Her book, Ad Critique, is a landmark textbook that teaches students and the pros how to effectively critique creativity in advertising. She has a BA in English with a fine arts minor from the University of Pennsylvania and a Master’s in Media Studies from The New School for Social Research.