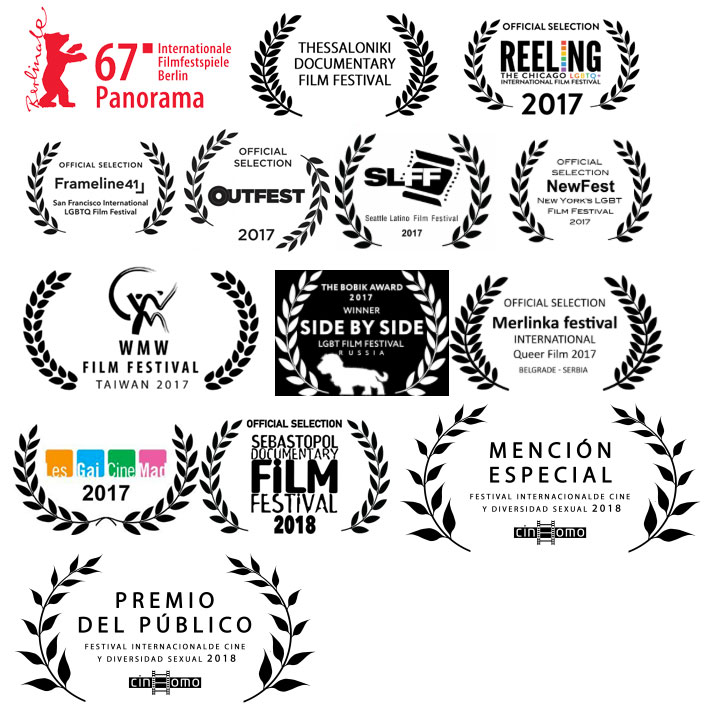 “Bones of Contention” is the first nonfiction feature film to explore the theme of historical memory in Spain, focusing on the repression of lesbians and gays under Franquismo. Lining the roads of Spain, masked by miles and miles of pine trees, are unmarked graves in which over a hundred twenty thousand victims of the Franco regime are buried. Today the families of the desaparecidos lead a grassroots effort to uncover and identify the bones of their loved ones, despite opposition from the Spanish government. Invisible to the eye but hyper-visible in the mind, these mass graves of Spain’s missing persons are an apt metaphor for the historical memory conundrum.

How does a country excavate a past that is actively suppressed?

The film weaves together two strands, the historical memory movement’s campaign to uncover the past, and the search for the hidden lives of lesbians and gays under Franco. These strands are connected through the figure of Spain’s most famous poet, Federico García Lorca, who was killed by a right-wing firing squad in the first few weeks of the Spanish Civil War. The mystery of his missing remains and the debates over their significance provide the narrative spine of the documentary, as he has become the symbol today for both the historical memory movement and the LGBT movement.

When I was living in Barcelona in 2011-12, I often walked its ancient streets. One evening I stumbled upon a political demonstration in the Plaza Sant Jaume, the crowd clamoring for “historical memory”. Moved by the dedication of the participants and even just the melodic phrase “la memoria histórica,” I was driven to explore this subject further. As a lifelong historian, first by natural inclination and later by formal education, I have always bemoaned the lack of interest on the part of my own country in examining its past. The United States is so future-oriented, quite convenient for a country intent on avoiding an investigation of our role in slavery, Vietnam, and so many other atrocities. I was surprised by the presence of these demonstrators, and impressed that in a time of rising college tuition costs, labor strikes, and massive unemployment in Spain, what happened 75 years ago still is considered urgent.

Because of my sense that LGBT history can serve as a site of resistance against official narratives, the film had to go beyond the historical memory movement’s fight to gain some sort of justice for the disappeared. I also needed to learn what happened to the LGBT community under Franco, and place that story firmly in the context of the larger human rights struggle. This film brings together my love for the work of Federico García Lorca, my decades-long commitment to uncovering forgotten or erased corners of LGBT history, and the deep affinity I feel with Spain, as I have come to consider Barcelona my second home. I am honored that the people who appear in my film have trusted me with their stories, especially on a topic that is still so difficult and painful to discuss within Spain. 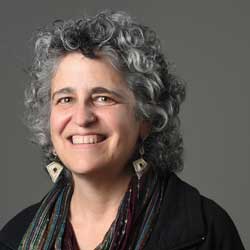 Andrea Weiss is a documentary filmmaker and nonfiction author. She is the co-writer/director of the feature documentary Escape To Life: The Erika and Klaus Mann Story, which premiered in the Berlin and Rotterdam Film Festivals. Her other film credits include Recall Florida, I Live At Ground Zero, Seed Of Sarah, Paris Was A Woman, A Bit Of Scarlet, UN Fever, Before Stonewall (for which she won an Emmy Award), Tiny & Ruby: Hell Divin’ Women and International Sweethearts Of Rhythm which premiered in the New York Film Festival.

Weiss has been awarded fellowships from the National Endowment for the Humanities, National Endowment for the Arts, New York State Council on the Arts, and New York Foundation for the Arts as well as a Fulbright Fellowship to Spain to produce her latest film, Bones of Contention. She holds a Ph.D. in History, and co-directs the MFA Program in Film at the City College of New York. Watch Andrea discuss “Bones of Contention” at the Berlinale. 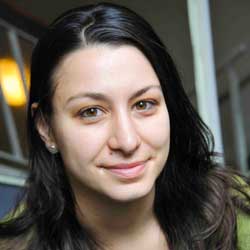 Carmen Vidal is a Spanish writer, director and director of photography. She is the recipient of a Student Academy Award® (Oscar) and six NY Emmy® Awards. Her work has been exhibited at the United Nations, ARTE TV, PBS, the Museum of Modern Art. As a director of photography, Carmen has specialized in documentary films, including Of Kites and Borders (Dir. Yolanda Pividal, Winner of Best Documentary at the San Diego Film Festival, 2013), Sloan at 75 (Dir. Lisa Beth Kovetz, 2011, winner of a Communicator Award), U.N. Fever (Dir. Andrea Weiss, 2007) and Silences (Dir. Octavio Warnock-Graham, 2006, winner of three College Emmy Awards). 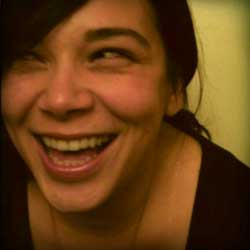 Pamela Ralat is a documentary film and video editor based in New York. She has worked on pieces for PBS, Univision Television, Telemundo, The Weather Channel, Investigative Discovery and Forbes Magazine. Some recent editing credits include: Hans Richter: Everything Turns, Everything Revolves (dir. Dave Davidson), Rescoring Richter (dir. Dave Davidson), A Gesture and A Word (dir. Dave Davidson). Pamela is currently editing a series of videos that will be part of the major exhibition “Unpacking The Archive: Frank Lloyd Wright at 150” opening June 2017 at the Museum of Modern Art in New York City. www.pamelaralat.com

Miguel Ángel Muñoz felt drawn to acting very early on. At just 10 years old he made his film debut in The Lame Pigeon by Jaime de Armiñan (director of My Dearest Señorita, nominated for an Academy Award as Best Foreign Film). Since then, he has worked in Europe and the U.S. with directors such as Javier Fesser, Academy Award nominee for Best Live Action Short for Binta and the Great Idea; and alongside Brazilian director Andrucha Waddington in Lope, earning 2 Goya Awards. He has also worked with director Klaus Menzel in his film What About Love, in which he starred with Sharon Stone and Andy García. In over 22 years, Muñoz has always made an effort to further develop his craft. He trained with Juan Carlos Corazza in Madrid and studied at the Lee Strasberg Theater and Film Institute in Los Angeles. 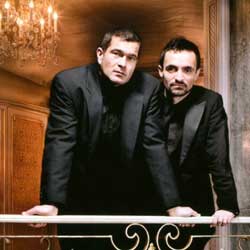 Founded in Berlin in 2006. Since then, they brought to European audiences some unusual programmes, such as „Hommage à Lorca“, „Spanish Impressions“, „Unwanted Music“, on stages like the Staatsoper Berlin and the Palacio del Marqués de Salamanca in Madrid. Their last recording, made for the Viennese label Gramola, includes the complete works for violin and piano by the Spanish composer Joaquín Turina, and is featured in the documentary “Bones of Contention”. Music critics from around the world praised the recording through their reviews in the international press. Their performances have been broadcast on radio stations such as Ö1 (Austria), RAI (Italy), RNE (Spain), Radio France. www.duods.com. 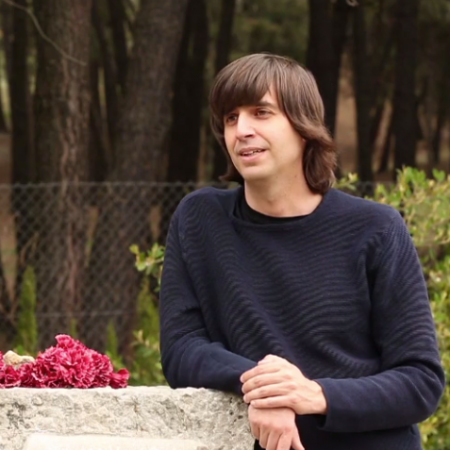 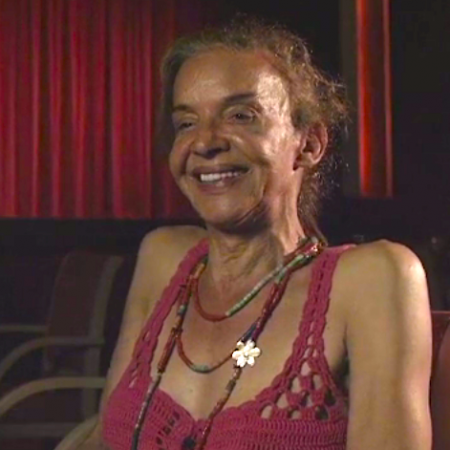 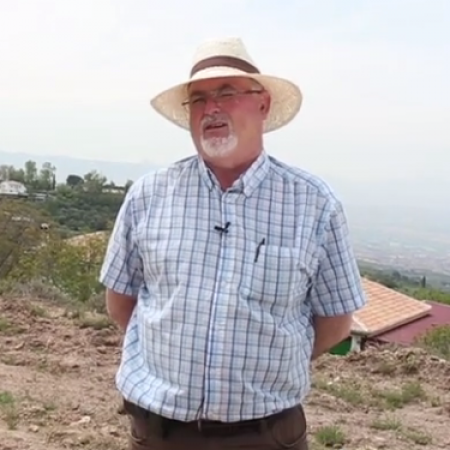 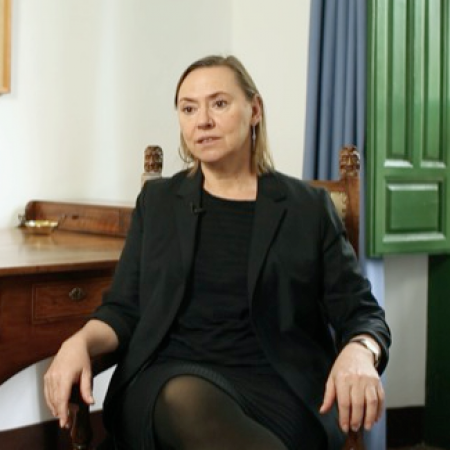 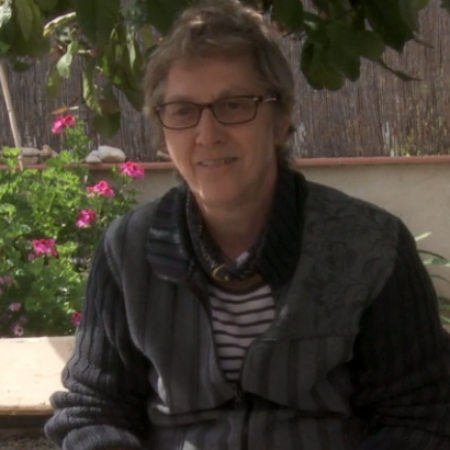 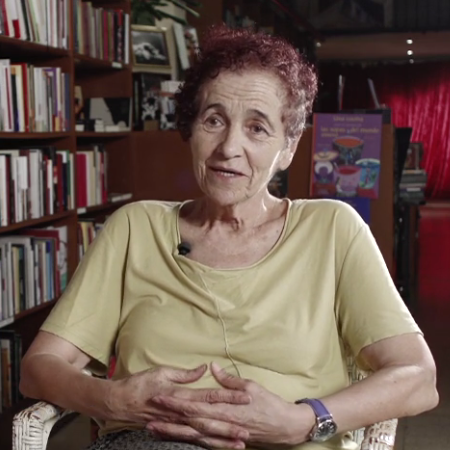 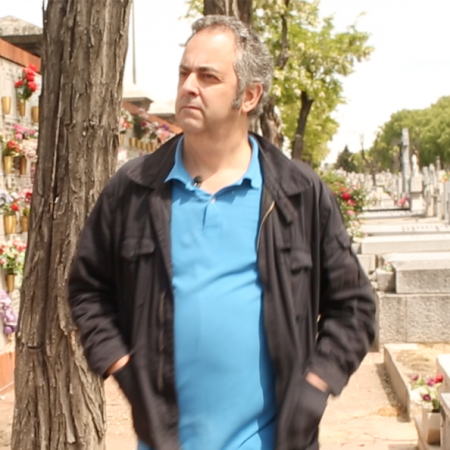 THE ASSOCIATION FOR THE RECOVERY OF HISTORICAL MEMORY 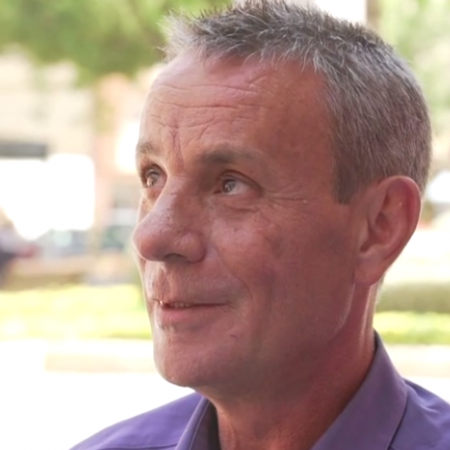 PRESIDENT, THE ASSOCIATION OF EX-SOCIAL CONVICTS

To invite the filmmaker, or any other inquiries,
contact Isabella Schiller at info@jezebelproductions.org